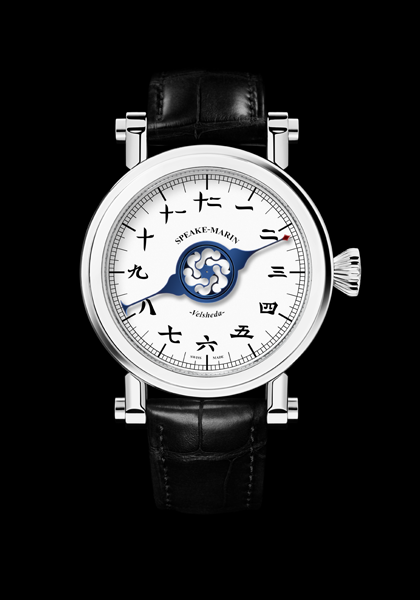 Speake-Marin timepieces share a unique contemporary style and design. Yet, with all his creations there is also a clear connection to traditional watchmaking of the early 20th century and before.

After qualifying as a watchmaker in London, Peter Speake-Marin went to Switzerland to deepen his knowledge of watch complications at the Watchmakers of Switzerland Training and Education Program (WOSTEP) in Neuchâtel. He then returned to London to set up and run the watch restoration department at Somlo Antiques in Piccadilly and, after seven years spent restoring antique watches, he went back to Switzerland in 1996. After four years building and developing complications in the Neuchateloise mountains he opened his own workshop near Lake Geneva at the turn of the millennium. Speake-Marin was founded in Switzerland in 2002. The visionary talent of its founder ensures Speake-Marin watches are technically superior and aesthetically unique.

His timepieces are a representation of himself as a watchmaker, reinventing horology in his own way. Though Peter Speake-Marin very much living in the 21st century, his horological influences date from the past. Speake-Marin is living, breathing watchmaking and his watches are modern classics, timepieces that will truly endure.